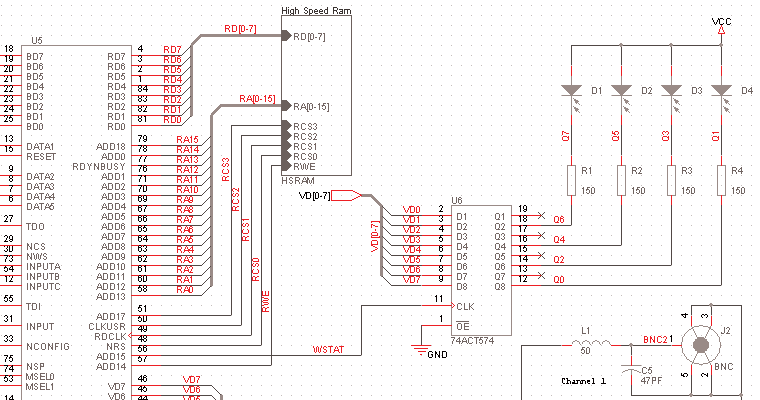 Capture CIS includes all features from OrCAD Capture plus the funktionality of the Component Information System CIS below:

OrCAD Capture CIS can communicate directly with an ODBC interface relational databases (e.g., SQL, Access) and database management systems. Thus, the search in the Component Browser extends to metadata such as Price or PDF data sheets. It is connected to the data of the Databases accessed. It can be part numbers, EOL information or Second-source information is managed centrally and via the connection in Capture CIS.

OrCAD Capture CIS has an advanced component browser that allows the user to select components parameterized. The component library can also be synchronized via an ODBC interface with a database (e.g., ERP) in the enterprise. This is useful if e.g. the availability and price of components not be maintained by the development, but from another department within the company. Thus, information about discontinued or not released components can already be considered in the design of the circuit.

Based on a printed circuit board, different devices can be used with different types of components generate different levels of expansion or different customers. Variants can be found in it exist that a component is equipped with a different value. Same components with different Values are colored green in the example on the left. With the CIS option you can omit or additional placement of components the parts list vary. These components are marked red in the left example. This allows you to access bills of material based on a circuit diagram and generate variants of the circuit diagram. Different assembly drawings can then output in the PCB Editor.

OrCAD Capture is a schematic entry tool to capture the design intent of an electronic circuit. Schematics capture the netlist and drive later in the design process the layout of a PCB. During development OrCAD Capture can be used to run circuit simulations with PSpice. Select an area or the circuit and create a live copy as a testbench. Now you can apply voltages and probes for simulation on the virtual copy of the schematic. Optimization and documentation of wave forms stays in sync with the master schematic for the layout. 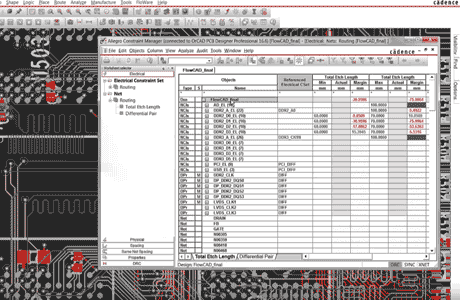 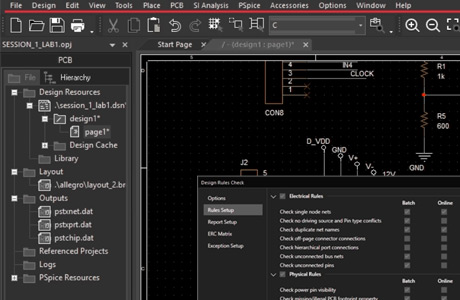 Real-time feedback and design synchronization helps keep the data between your CAD tools in check, so you don’t have to manually identify and resolve the errors or differences. As you work on your schematic, enable the online DRC check for any rule to be automatically notified of any issues that occur as you design. Clicking on any of the warnings or errors from the list, immediately takes you to the issue on the canvas. Once you’ve resolved the errors, you can easily compare the data in your schematic versus the data in your PCB editor and see a preview of what has been modified between the designs. 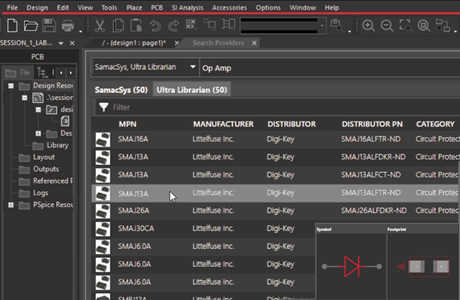 Easily access an up-to-date database with datasheets, symbols, footprints, 3D models and part descriptions from the provided vendors to place parts within your schematic.