PCB Design for 5G and WiFi-6 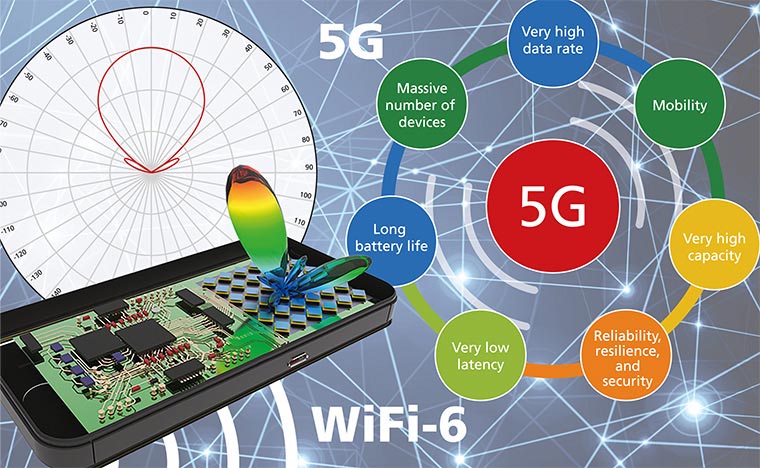 Most of us wants to have faster Internet. But what does it mean for PCB layouters to design devices for this technology or to operate devices in this environment? Fifth generation of mobile phone standard provides necessary performance in terms of data rate, response time, coverage and connection stability. Theoretically, a performance increase by a factor of 1000 is possible. 5G technology is particularly interesting for industry to connect machines and sensors wirelessly and communicate in real time. New WiFi-6 WLAN technology works on a similar basis indoors. Both technologies enable a wide variety of applications.

With widespread introduction of 5G and WiFi-6, many companies hope to open up new markets. More devices, more sensors and thus more information that is evaluated, processed and transmitted. It will not only remain with applications that manage with little data, such as thermostats and heating controls in our homes. There will also be more high-resolution video applications in which 4k or 8k images are to be transmitted in real time "jerk-free". The amount of data is enormous here and defects in transmission links are immediately "visible". If sensors are to be used to control traffic, machines and infrastructure, transmission path must be stable and a certain transmission guaranteed. Infrastructure improvements are currently taking place in Germany, and backbone of Internet is increasingly being equipped with fiber optics (e.g. FTTH Fiber to the Home). New routers and repeaters then establish WLAN connection in 2.4 and 5 GHz frequency band to fiber. The ability to connect devices wirelessly, quickly and securely will increasingly replace cable connections over last few meters to end devices.

There will be two new and similar standards in the future: Outdoor connectivity via 5G and indoor connectivity via WiFi-6, and in transition period devices will have to be backward compatible and support slower standards. Since multiple antennas and frequency ranges make requirements for devices more complex, in a few years there will be many devices, especially the consumer sector, that only support new standards.

Benefits of 5G and WiFi-6 are greater bandwidth, more subscribers in a cell, lower latency and greater mobility. With a higher bandwidth, video data in 4k or 8k resolution can be streamed easily. This will change our TV behavior with fixed program times to media libraries with content on demand for streaming. Since more participants are possible in a mobile phone cell, which is also getting smaller, viewers in an event stadium will soon be streaming action live to their friends. This will also greatly change pressure on news broadcasters in terms of topicality. Latency also enables safe control of machines and robots in real time via radio. This will also lead to more IoT devices and more automation at our homes.

IT architectures will change. If more devices participate in data exchange via radio, data must be evaluated and corresponding actions calculated for control. In order to control traffic priorities, for example, when fire brigade is to be given free rein with flashing lights, status of traffic lights and road users must be centrally recorded, evaluated and controlled. This example alone shows that radio communication must take place in real time and that many data must be combined in a central traffic control computer. Nevertheless, autonomous car must have necessary computing power to brake in event of a sudden dangerous situation and also warn other road users in vicinity by radio. This means that 5G radio connection must also work for participants in motion.

What Do These Changes Mean for Hardware Developers

For future devices, this means that more sensitive sensors will be installed, most of which have analog signals as their origin. Suppliers will probably offer modules with a digital interface or integrate sensors into an IC package.

Intelligent sensor modules will not only measure data, but also filter and evaluate them according to specifications and make results available as digital information. Other concepts involve sending data in digital form to the cloud, where it is evaluated and processed with artificial intelligence, and then retrieving the results.

Simple IoT sensors (e.g. outdoor thermometers) with a long-life battery will only occasionally report measured values to WLAN. However, if sensors are part of a local control system, there will be a CPU or DSP with memory in addition to the antenna to locally control evaluation and regulation and communicate states.

Variety of solutions and complexity of electronics continues to increase. Integration of radio in GHz frequency band, of sensitive analog sensors and digital processors with memory on a PCB poses a challenge to signal quality and EMC behavior. At same time, demand for miniaturization, battery operation and lower power consumption is accompanied by power integrity and thermal limitations.

These issues should not be ignored or put into cold storage. As we have already seen with last technology leap from 3G to 4G, this always brings a disruption in previous structure of providers. 3G and 4G not only meant faster data transmission, it also enabled other business models. With this technology, providers such as Netflix, Google, Apple and Amazon emerged. Other providers who did not take advantage of opportunities offered by new technology lost importance or disappeared completely from market.

Today, developers also need creativity. Involve your marketing department and let them know what further added value can be provided with their devices from existing data. We are in international competition; everyone wants to win. Market for 5G and WiFi-6 is expanding exponentially and will once again change our daily lives massively.

Technical Principles for 5G and WiFi-6

Enormous increase up to a factor of 1000 of transmission speed is mainly due to three approaches. Higher radio cell density with more access points per area allows more data throughput by a factor of 10. New MIMO antennas (Multiple Input Multiple Output) can even use beamforming to align transmission direction directly with moving objects and achieve a higher spectral efficiency by a factor of 20. Additional higher frequencies (>24 GHz) on which data may be transmitted allows throughput to be increased by a factor of 5. This results in a theoretical 1000 times data throughput of today's infrastructure.

For semiconductor manufacturers, new materials such as SOI, GaAs, and GaN are now being added to CMOS, and quality requirements for SMD components, laminates and IC packages are increasing for higher frequency applications for 5G (24-40 GHz) and automotive (77-81 GHz).

With massive MIMO or patch antennas, new low-latency "air interfaces" can be implemented for massive connections. For this purpose, transmission lobes are formed from several antennas. Phase shifting leads to intentional interference, shape of antenna lobes becomes narrower and is amplified in one direction by superposition. By driving with different phases of same signal from e.g. four patch antennas, direction of antenna lobe can be aligned. With the right control lobes can also follow moving objects. Instead of distributing one signal to all four antennas in array, two signals can also be distributed to two pairs of antennas. This allows two devices (WiFi-6) or cars (5G) to communicate simultaneously on same frequency in different directions without interference. This increases power density.

In order to connect antennas to form an array, absolutely precise conditions are required for geometric arrangement of antennas. Then transmission lobes can be aligned homogeneously in space. Not only antenna geometries have to be the same, but also feed lines for signals have to be tuned for high frequency.

AWR Microwave Office offers solutions for design of antennas. In this software you can define shape of antenna and exchanged bidirectionally with layout data in PCB tool. To calculate real behaviour it is necessary to consider not only antennas but also feed lines to output of amplifier. Electrical behavior of this geometry with antennas, feeders and possibly also vias can be extracted and simulated with a 3D field solver such as Clarity or HFSS. Antenna design is an iterative process.

Many compromises are necessary to design powerful antennas on printed circuit boards. Size of antenna contradicts miniaturization of devices and available space. To achieve better performance, a prepeg can be used locally in PCB with another εr and loss tangent of 0.002 as inlay dielectric for RF range in PCB. Such inlays are no longer a problem in production and increase costs only minimally. Allegro PCB Editor supports areas with different εr and loss tangent on one layer in layered structure for inlay dielectrics in RF range.

Together with mechanical housing information, antenna position and drive can be optimized for maximum gain in angle and range.

In order to protect RF feed lines to antennas from external interference, lines can be shielded by ground planes with shielding vias. Distance between vias and shielding should be ʎ/6, i.e. one sixth of wavelength used. After selecting RF cable, pattern of vias can be generated automatically. Shielding is taken into account during extraction and 3D simulation.

More Interference With Other Devices

If more devices communicate via wireless interfaces, other devices will automatically be disturbed as well. Increase in power densities and expansion of frequency band makes immunity to interference from other devices even more important. Even developers who do not have RF applications on their circuits can be disturbed by other devices from outside. Antennas on printed circuit boards are copper structures through which an alternating current flow, generating an electromagnetic field at certain frequencies. At same time, structure receives electromagnetic waves at same frequencies and converts them into currents. This principle applies to all conductive structures on PCBs. EMC is nothing more than unwanted reception of energy and its conversion into currents that disturb behaviour of electrical circuit. With increasing number of wireless interfaces, requirements for simulation and testing of EMC resistance of any electronics increase. 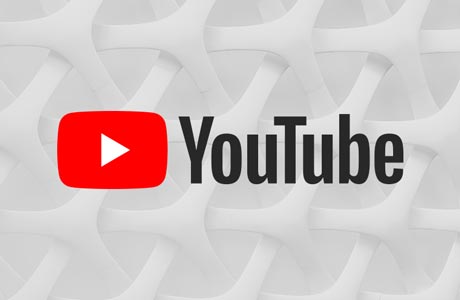 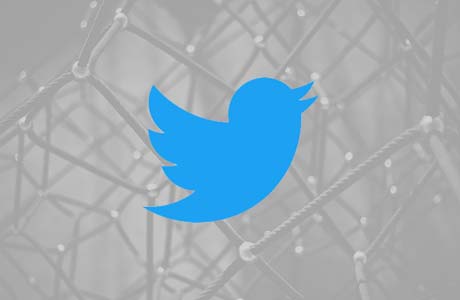 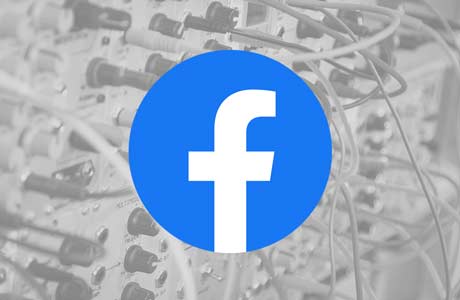 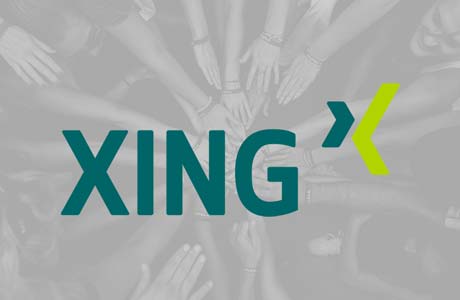